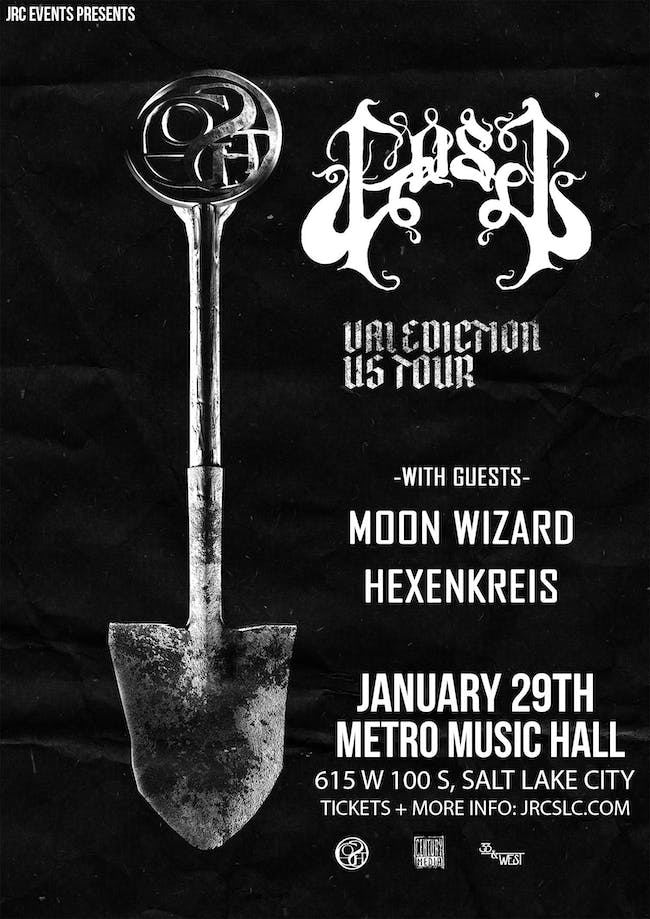 Rising from the depths of the underworld, the mysterious producer known as GosT embodies the

and John Carpenter, GosT occupies the space amongst the muscular electro-house sounds of Justice, the

rhythmic sheen of Perturbator, and the industrial-black metal influence of Anaal Nathrakh.

He was inspired by the theatricality of Kiss; the beats of M|A|R|R|S; the dark beauty of Depeche Mode, The

Cure, and The Smiths; and pop like Duran Duran, Michael Jackson, and Madonna. He began playing in metal

bands as a teenager, eventually drifting toward electronic dabbling by 1998, which would later become the

foundation of his unique and powerful sound. Even without guitars, GosT has garnered an ever growing fan base

within the rock community, with musical progressions, haunting atmospherics, and a satanic aesthetic plucked

directly from the blackest corners of the metal world.

Though his initial electronic work was performed under the Nightrunner moniker, GosT was truly born in 2013.

following with the hugely successful Non Paradisi album in 2016, which was inspired by the fall of Lucifer in

He used the ever growing interest from his loyal fan base to break out in to the the live sector, touring North

America and Europe and hitting the road with the likes of Pallbearer and King 810, as well as crushing

performances at renowned events such as Cold Waves Festival, Psycho Las Vegas and the infamous Maryland

On March 23rd 2018, the dark lord of slasherwave returns with his most extreme work to date: “Possessor”, a

shocking and aggressive demolition of sound and spirit. Molding his trademark buzzsaw basslines and

crystalline synth leads together with amplified blastbeats, GosT pushes forward to edges of synthwave and

beyond as he breaks the genre wide open and makes it his own.