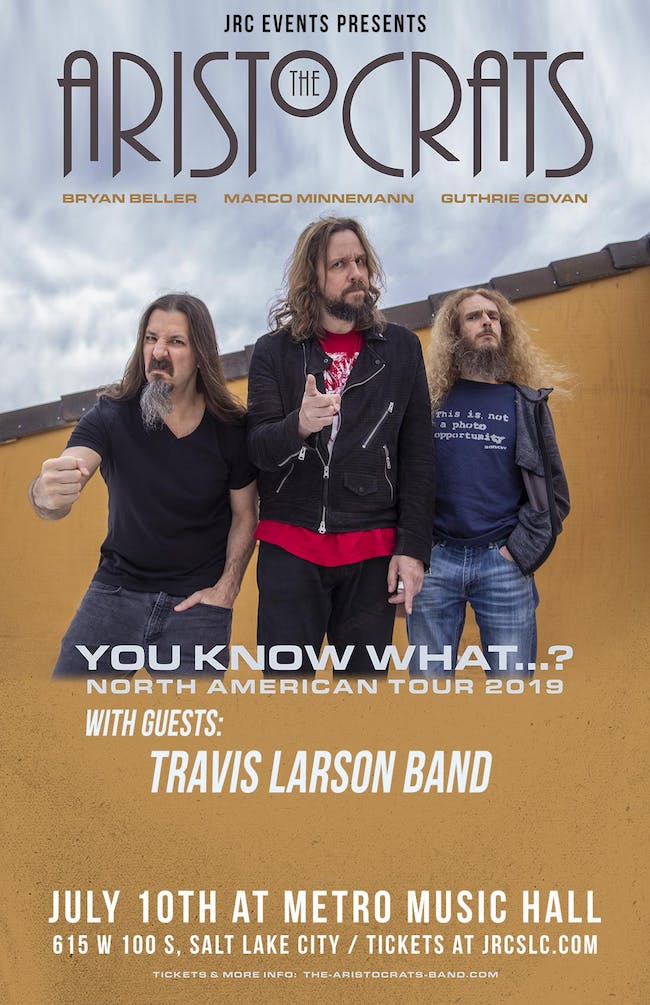 Guthrie Govan won "Guitarist of the Year" in the 1993 Guitarist magazine competition. He recorded two albums and toured as a member of Asia for three years, recorded and toured with Steven Wilson for several more, and recently toured the globe with Hans Zimmer. Govan's 2006 album, Erotic Cakes, set the guitar playing world on its ear showcasing complete mastery of his instrument. His popularity exploded as his instructional videos went viral racking up mulit-millions of views and through continued high visibility during three world tours in The Aristocrats. In fact, Govan is arguably the hottest guitarist on the international stage right now.

Marco Minnemann is considered one of the world's top ten drummers by the music press which has featured him on the covers of drums & percussion,(Gr) Stick It, (US) Batteur, (Fr) Bateristas, (Arg) and Modern Drummer (US). He has toured and recorded with Mike Keneally, Paul Gilbert, Adrian Belew, Joe Satriani, and Steven Wilson aside from appearances at drum festivals the world over. He is looked upon by his peers as one of the most gifted, innovative, cutting-edge drummers on the international music scene today.

No images found!
Try some other hashtag or username