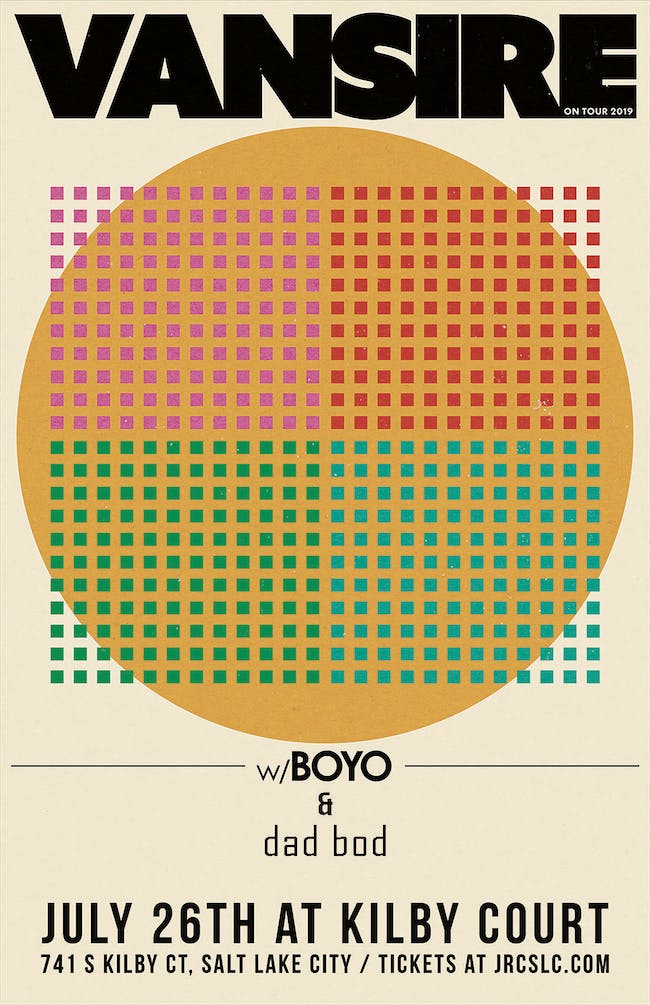 Vansire is the project of Josh Augustin and Samuel Winemiller, two high school friends from Minnesota that began recording music together after meeting on their school’s drumline. An unabashedly DIY affair, all of their music is created in basements and bedrooms, self-released to a burgeoning online scene of bedroom pop listeners and creators.

BOYO is the eclectic, psych-pop brainchild of 22 year-old multi-instrumentalist Robert Tilden. The project was born out of the gradual dissolution of Bobby T & the Slackers, a cult-beloved garage band that Tilden started at 16. Since 2016, Tilden has feverishly released a series of albums, EP’s and singles, all varying stylistically but retaining the sentimental chord progressions, ghostly, childlike vocals, and warped production that makes them consistently and uniquely BOYO.