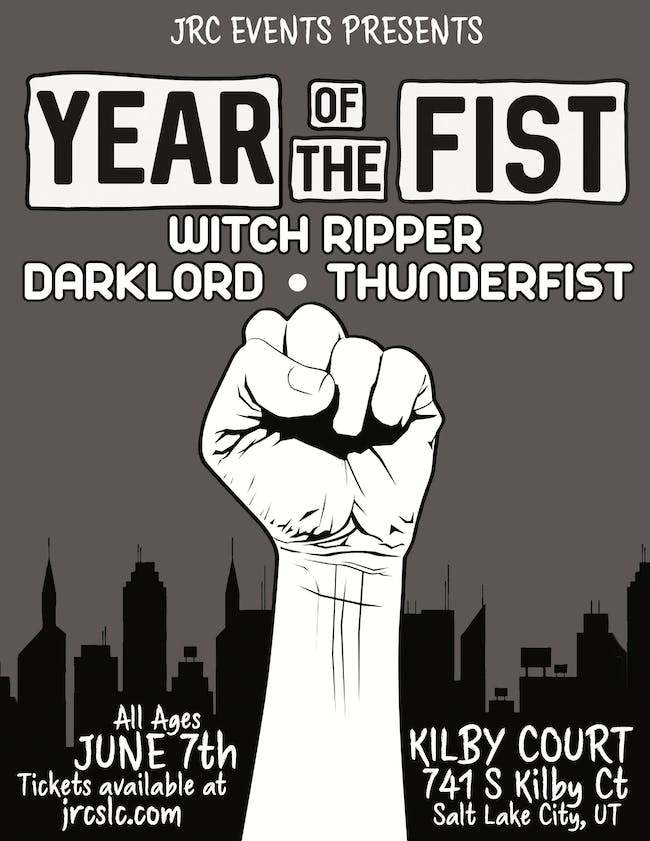 Year Of The Fist

iCal
Google
Year Of The Fist reaches from Oakland, California where there has been no shortage of great musicians and bands to play with or catch live o

Year Of The Fist reaches from Oakland, California where there has been no shortage of great musicians and bands to play with or catch live on any night of the week. In 2011 three friends found themselves in a position to play in the same band instead of different ones. Together their musical backgrounds spanned the genres of blues, dance, punk, country, metal and folk but all have the love for rock and roll. This has led them to open for a wide spectrum of acts such as L7, Save Ferris, MDC, 88 Fingers Louie and Zeke to name a few. With 8 years under their belt as a band, Year Of The Fist has released two albums with a third on the horizon, multiple regional and international tours and several music videos with no end in sight. Year Of The Fist has wrapped up their 3rd album and planning a spring release. From the studio to the stage Year of the Fist’s show packs a punch but their music delivers the hits.

"Oakland’s Year Of The Fist maintain an amount of screamed vocals and pissed-off lyrics to warrant the label of punk, to say nothing of their crushing riffs."

“Year of the Fist pumped up the crowd, hair was flying all over the stage and the rebellious pitch perfect sound of lead singer Squeaky mixed with heavy guitar reminded us all what rock ‘n’ roll is all about. Year of the Fist is all about rock n roll, through and through”.

“This band (Year Of The Fist) out of the bay area brings a lot of personality and expressions to their performance. With that comes a lot of humor between the songs too. Plus they play great punk rock to top it all. Year of the Fist puts on a fantastic set.”

"What I will tell you is they play raw Punk Rock N Roll to a very high standard. In fact they're one of the best bands to come out of California in a while without a doubt."

“A fearsome foursome that play catchy, jumpy punk rock that would make the most cynical East Bay punks bob their heads and wave a fist in the air.” “Particular standouts were the juggernaut grind of ‘Catching Up’ and the break neck ‘She Lost It,’ both from their ‘Dirty Laundry’ record”

No images found!
Try some other hashtag or username